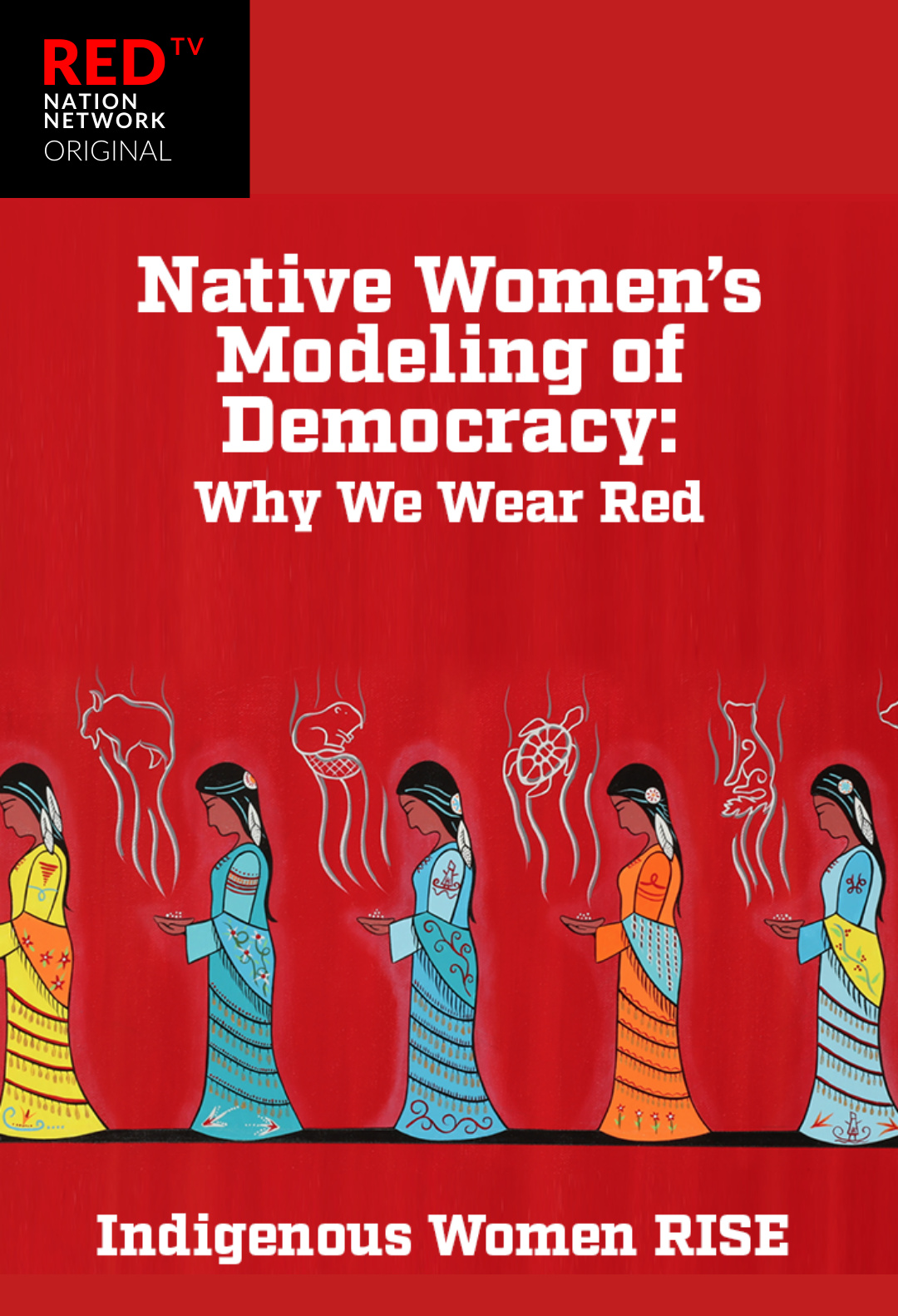 A Film & Conversation Original Series dedicated to the Native Perspective

A provocative look into the history of Native Americans in the United States and the healing power of justice.

Native Women’s Modeling of Democracy: Why We Wear Red

From the Acclaimed Director of American Holocaust: When It All Over I’ll Stil be Indian, Short-Listed for an Academy Award®

The Conversation Series
Native Women’s Modeling of Democracy: Why We Wear Red

This is an important and timely conversation today examining democracy, fair governance, the 100-year anniversary of women gaining the right to vote in the United States, VP Joe Biden’s Violence Against Women’s Act, the representation of Native Women in film and television – lack of inclusion, and Why We Wear RED.

She is a 35th generation New Mexican who is an enrolled member of the Pueblo of Laguna, and also has Jemez Pueblo heritage. After running for New Mexico Lieutenant Governor in 2014, Haaland became the first Native American woman to be elected to lead a State Party. She used her experience reaching out to communities who are often forgotten during the electoral process during the two Obama presidential campaigns. During her time as State Party Chair, she traveled to Standing Rock to stand side-by-side with the community to protect tribal sovereignty and advocate vital natural resources.

After a lifetime of organizing communities to stand up for New Mexico families,   Congresswoman Deb Haaland was elected as one of the first Native American women to serve in Congress. She will serve in leadership roles as the 116th Congress Freshman Class Representative to the House Democratic Steering and Policy Committee, House Democratic Region VI Whip (Texas, New Mexico, and Arizona) and Deputy Whip for the Congressional Progressive Caucus.

Native America’s most celebrated musician and lecturer. Grammy Award Winner. Holding a Grammy and 45 plus music awards, plus an Emmy nomination, she is an Ambassador of peace, human and earth rights. In addition, she is a founding member of the Hiawatha Institute for Traditional Knowledge, a non-profit educational organization.

Member of the Rose Sioux Tribe